Capital is a new play that recently had its world premiere at Detroit Repertory Theatre. The Detroit Free Press gave it four out of four stars, calling it an “inspired new comedy” that tends to be “at once old-fashioned and modern, cerebral and slapstick.” It’s All Theatre named it one of the best plays in southeastern Michigan during the 2016/2017 season.

The play portrays Karl Marx, not when he was a famous philosopher, but when he was a lowly journalist in London, struggling to pay rent and constantly arguing with his teenage daughter. He mistakenly gets hold of a scandalous letter by the novelist Charles Dickens. And then all hell breaks loose….

Capital deals with two iconic figures of the Victorian era, imagining how their paths might have crossed, and how decisions made long ago might still be affecting us today. It is not only politically relevant to our present moment, but it engages with audiences emotionally as well as intellectually. 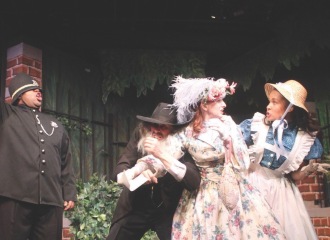 Karl Marx mistakenly gets hold of the scandalous letter and determines it must be returned to its rightful owner….

END_OF_DOCUMENT_TOKEN_TO_BE_REPLACED 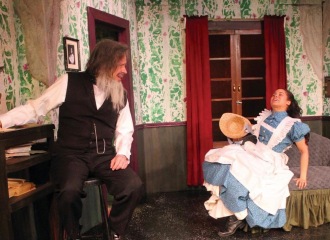 CAPITAL is a work of fiction, but it involves a number of real-life historical figures. Here are a few of them:

END_OF_DOCUMENT_TOKEN_TO_BE_REPLACED

Groucho, Harpo and Chico are still the funniest members of the Marx family, but Karl Marx gets plenty of laughs….